Busting the myth of ‘biodegradable’ plastics 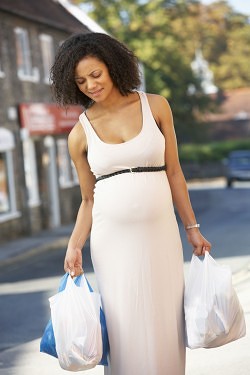 The single use plastic carrier bag tax that came into force on 5 October 2015 is designed to reduce litter, pollution and the negative impact of plastic packaging on the environment. Harnessing the well-known adage “prevention is better than cure”, the discouragement of plastic carrier bag use in the first place is the primary stage of action on Defra’s Waste Hierarchy.   Not unsurprisingly, this minimal charge resulted in a barrage of defiance on social media sites with occasional stories of civil disobedience and tips on how to “beat” the tax appearing in the press.

While such displays were more likely due to bloody-mindedness over being told what to do rather than actual disapproval for the environmental rationale for the tax, the strong emotions being expressed got me thinking about my own particular bugbear with the eco-friendly bandwagon. Quite simply I believe the public and many in the packaging industry are being hoodwinked by spurious claims of “biodegradability” of certain packaging products manufactured from conventional plastic films, like carrier bags (and I’m not taking about “bioplastics” – more about that later), when there is simply no evidence to support such claims.

According to the English Oxford Dictionary, the definition of biodegradability is that a substance or object is capable of being decomposed by bacteria or other living organisms, thereby avoiding pollution. In other words, there will be no toxic residue after disintegration by an organic process. Given that conventional thermoplastic packaging films (such as polythene, polypropylene and polyester) are synthetic, petroleum-based products, any claims for biodegradability are simply false. The truth of the matter is that these films degrade very slowly in landfill and nobody has ever measured how long it takes for that degradation process to occur – it could be 500 years, maybe 1,000 years. We just don’t know.

In a bid to make plastic films more eco-friendly, additives can be added to the film during manufacture that will accelerate the degradation process when the film is exposed to heat, light or water. Oxo-degradable films, for example, break down into small fragments at the end of their life cycle – a strong and durable plastic becomes weak and brittle due to oxidation. Even with such additives, the plastic film will still take 2 to 5 years in the open to degrade to small fragments. Better than 500 years certainly, but what happens to the small fragments?

The truth is that the fragments never really go away, even if you can’t see them, they stay as synthetic plastic molecules. Some manufacturers muddy the waters by claiming that the fragments biodegrade over time through microbial activity but there is no scientific evidence for this.   Certainly marine microbes that feed on plastic have been identified in the sea, but we don’t know the end result of this process and nothing similar has been discovered on land (to my knowledge). Films with accelerated degradability may help the litter problem but they offer no advantage environmentally when the films are buried in landfill. Similarly, films cannot be recycled with mainstream plastics as the additives render the recycled product more susceptible to degradation. More spin than substance on the eco front here I fear.

Where manufacturers drop the “bio” prefix and claim that their packaging films are degradable, they are of course factually correct since all substances degrade in time (even diamonds aren’t for ever).   As consumers we tend not to be clued up on the exact definition of terms such as degradability or biodegradability, we just have a vague sense that if we are told a packaging film is degradable, then it must offer environmental benefits and generally be “okay”. Therefore if a supplier of packaging films drops words like degradability into their marketing literature without also specifying the exact time frame for degradation and the proportion of the film degraded within that time (with evidence), I believe we are simply being duped into inferring an environmental friendliness that doesn’t exist.

If we can accept the harsh reality that our petroleum-based thermoplastic packaging films cannot (currently) defy the laws of nature by some additive process and become biodegradable, we can recycle them- right? Well, yes, in principle. Plastic recycling is a useful process that recovers scrap and reprocesses the material into useful products, often into a completely different form from their original state. The technology for recycling film waste has been available for many years and, as a business, all our packaging film offcuts, waste and trim are sent for recycling. Unfortunately, however, the infrastructure for the segregation and sorting of household plastic film waste does not exist in the UK and therefore the films do not enter the recycling chain. While we can return our 5p carrier bags back to the supermarket or municipal collection points, 70% of our plastic recyclates are shipped to China for recycling. Even worse, a proportion of waste destined for recycling ends up back in land fill.

Rather than hiking up the carbon footprint of plastic films by sending them 8,000 miles to China, a more cost effective – and useful – way of getting rid of our unwanted plastic films could be through energy recovery through incineration. Being petroleum-based, plastic films have a high calorific content and are in effect “freeze-dried fuel” that can be released into energy when burned. By tapping into the stored energy in our carrier bags and other plastic films – around 100,000 plastic carrier bags would generate the same energy as 1000 kilograms of oil or 1400 kilograms of coal – we could help reduce the level of fossil fuels used for energy generation. While environmental lobbyists are correct to point out the disadvantages of incineration, such as emissions and the release of greenhouse gases, surely it is better to rationally weigh up the facts that (a) plastic does not currently biodegrade under any circumstances, and (b) we do not have the infrastructure in the UK to recycle it. It seems to me the lesser of two evils to recover some energy from plastic film waste through incineration rather than dumping it in landfill where it will fester away for hundreds of years.

While we wrestle with this problem, there ARE new packaging films coming onto the market that are derived from renewable biomass sources, such as vegetable fats and oils or corn starch, so-called “bioplastics”. To be termed a bio-plastic, a film must be bio-based (totally or partially derived from renewable resources), biodegradable or both. Films that meet the stringent requirements of the EU Standard EN13432 for the recovery of packaging waste through industrial composting may display the coveted seedling logo. Notwithstanding potential concerns over the use of GM modified crops, these films tick all the biodegradable boxes within specified time limits at the end of the life cycle, e .g. 90% of the material will be broken down by biological action within six months – and leave no toxic residue. The “holy grail” of environmentally-friendly flexible packaging is a biodegradable film that is manufactured from wood pulp, primarily eucalyptus, from certified forests. At the end of the life cycle this film meets the EN13432 criteria for home composting, and so can join the potato peelings and grass cuttings on the garden compost heap.

The spanner in the works of these fully biodegradable alternatives is that they are at least 4-5 times the cost of their thermoplastic cousins. For the packaging of high end products, or for businesses with environmental aspirations, the extra cost of a biodegradable packaging film can be absorbed and justified. For instance, I noticed that the Christmas cards being sold at HRH Prince Charles’ Highgrove shop were packed in bags manufactured from polylactic acid, a bioplastic derived from corn starch. While such films are currently considered “niche” in the global packaging films market, their usage is set to nearly double between now and 2019. As technologies improve and economies of scale are realised, so should their costs come down.

In the meantime, today it’s 5p for plastic carrier bags, maybe tomorrow it’s 5p for EVERY pack manufactured from petroleum-based thermoplastic films? New laws that restrict personal freedom – no smoking in public places, the wearing of seatbelts – feel odd at the time and put our backs up but we quickly adapt and soon forget how things used to be. So too will it be with the carrier bag tax – in Scotland where the surcharge was introduced a year ago, there has been a staggering 80% reduction in the number of carrier bags used. I don’t know the next step that Defra has up its sleeve with regard to reducing and dealing with plastic waste but maybe such drastic action is necessary. Not only will it encourage the use of more environmentally friendly alternatives but it can also be used to put investment in the system either for a UK recycling infrastructure or cutting edge incineration technology that reaps the benefits of energy recovery while minimising the release of greenhouse gases. The devil will be in the detail of course.

Either way, let’s stop kidding ourselves that we can magically render petroleum-based plastic packaging a part of the natural, living world and cut the claims for biodegradability or degradability that do nothing to help the environment. It may help us sleep at night but it won’t help us address the real issue of how to dispose of all those carrier bags we’ve invested 5p in.

If you already know what you want, simply complete our enquiry form here and we’ll come straight back to you with a price and an indication of delivery leadtime. Fill out the form now

With thirty years of experience in the packaging industry and a commitment to providing our customers the means to reduce their environmental impact Protos have a well tested and well established range of eco-friendly material options. The ProGanic range of materials;… View Article