With thirty years of experience in the packaging industry and a commitment to providing our customers the means to reduce their environmental impact Protos have a well tested and well established range of eco-friendly material options.

The ProGanic range of materials; including ProGanicPLA (Made from corn and potato starch) and ProGanicCello (Made from wood pulp) has allowed Protos (and more importantly – our customers) to remain at the forefront of sustainable packaging. What we’d like to explore today is a new contender to the lineup, a material additive that allows standard BOPP (ProPylene) to achieve the “holy grail” status of sustainability – being fully biodegradable without compromising the existing circular economy. Additionally and importantly, there is zero impact to machinability, negligible impact to weight, no impact to the intrinsic material properties/specifications and relatively minimal impact to cost. Sounds too good to be true right? 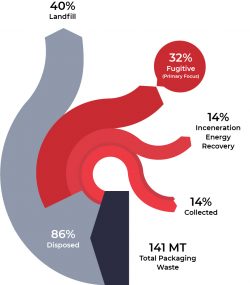 Polymateria DegrAid is an additive deployed at the extrusion stage of the manufacturing process. It’s designed to remain stable until it hits a predetermined time trigger (6-24 months) before breaking down into a harmless wax which is then consumed by microbes in the environment – leading to an output of carbon dioxide and water (and presumably happy microbes). Importantly it leaves no microplastics at the end of the process! Polymateria DegrAid requires no change to existing supply chains, maintains product performance and functionalities and maintains the ability for circular economy application. In short it was designed to solve instances where recycling is not an option.

Contact us for detailed specification sheets on all of the above.

Polymateria’s DegrAid utilises a three-stage biotransformation process, centred around the product life cycle; where dormant technologies are introduced at the manufacturing stage. Following the end of product shelf-life, activation causes the material to breakdown into a bioavailable wax. This wax can then be digested by naturally occurring bacteria under normal temperatures. Digestion produces carbon dioxide and water only; with no microplastics being produced, unlike through traditional processes. 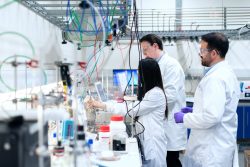 Dormant technologies are formulated as a Masterbatch drop-in, each formula tailored to resin footprint. Application and required use is considered through the use of Arrhenius equation. Dormant nature of the technology allows the product to show no adverse impact on recycling, tested using ‘Recyclass’ recyclability evaluation protocol. DegrAid has an expected increase of two percent to typical loading weight.

Formed bioavailable wax has been examined for environmental safety within varying ecosystems. Waxes have been tested for acute and chronic eco-toxicity in both social and water environments. Safety of low-density ethylene and propylene waxes demonstrated through the following OECD tests:

Naturally occurring bacteria and fungi transform bioavailable wax under natural mesophilic or ambient temperatures through mineralization, (Biodegradation testing performed under international standards of ASTM D5988 and ISO 17556 (Polymateria, 2020)) resulting in an output of water and biomass. PE and PP films and rigids capable of full biodegradation within two years, as verified by third-party laboratories; with no resultant of microplastics. Thus, meeting the internationally accepted requirement of 90% biodegradation.

Want to get your hands on this cutting edge material? Join the queue below and we’ll be in touch as soon as possible.

If you already know what you want, simply complete our enquiry form here and we’ll come straight back to you with a price and an indication of delivery leadtime. Fill out the form now

With thirty years of experience in the packaging industry and a commitment to providing our customers the means to reduce their environmental impact Protos have a well tested and well established range of eco-friendly material options. The ProGanic range of materials;… View Article